Play Party Testimonial: In The House of the Shining Hearts

Note from Ashley: This post was written by one of the attendees of my Embodied Joy Play Party on 9/30/17. I was so touched and honored by her words that I asked permission to publish it directly on my blog and she graciously consented. Thank you so much to this incredible human and to everyone who comes out to my events. This is why I do this.

"I wasn’t certain what to expect when I pulled up and parked my dusty Subaru on that tranquil street. Dusk had just begun to gentle the strong Southern California sun. Immediately upon exiting my vehicle I was greeted by the bodacious and busty embrace of Miss Ashley Manta of CannaSexual. She had been waiting for me. Everyone had. Not only because, once everybody was accounted for the doors had to be locked for privacy, but also because that’s just who Ashley is. She is uniquely adapted to the career she has chosen, with her adorable smile, bright, engaging eyes and just overall loving demeanor. And it is just like her to come out and personally welcome each guest. 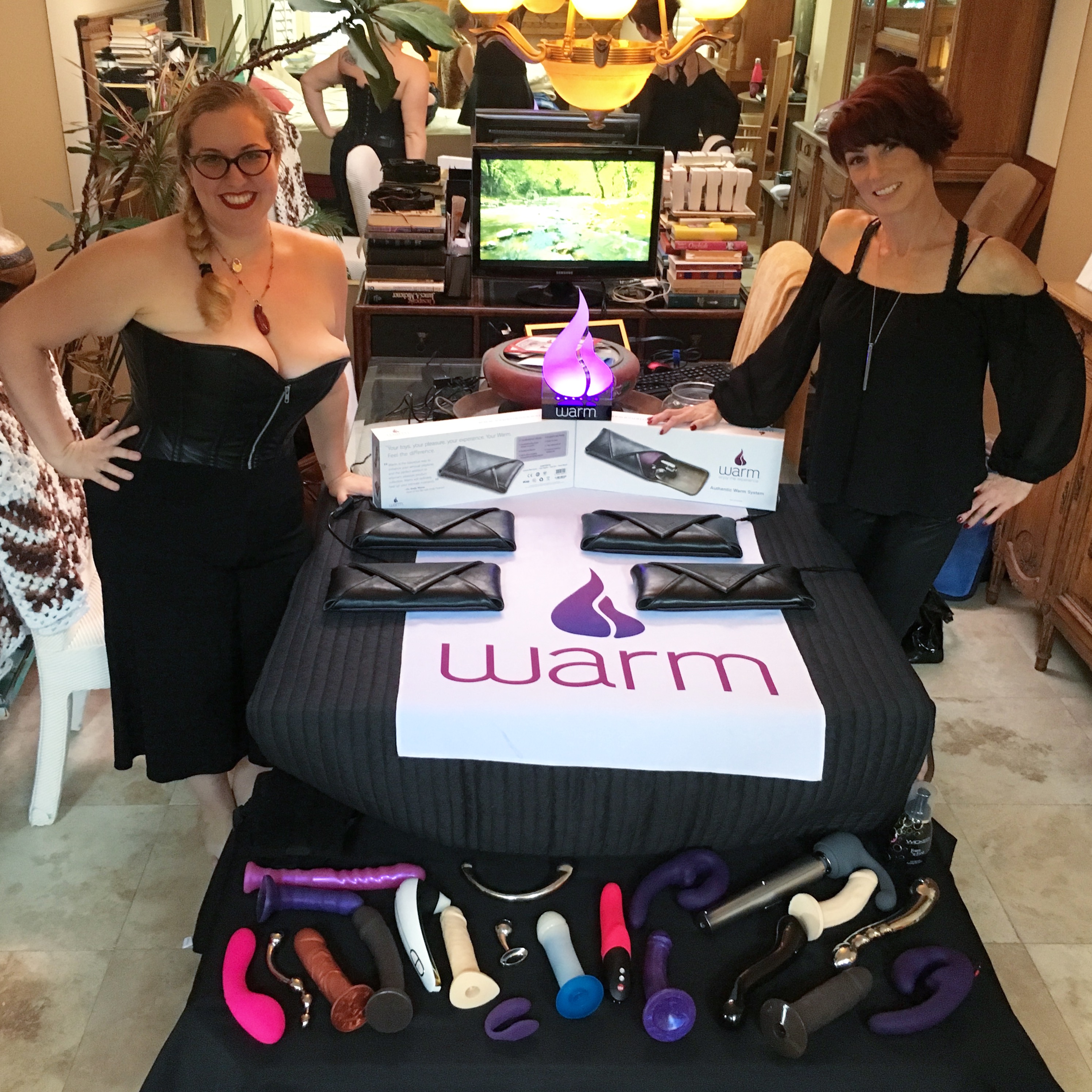 Her familiar hug soothed any residual anxiety I had about the evening and I followed her through the door into an atmosphere of soft light and low key chatter punctuated by the easy laughter of relaxed people getting to know one another. People lounged on sofas, and a pull out mattress in the living room, and stood talking in the kitchen and on the patio. There were about a dozen of us, milling about the beautifully designed private home, snacking and chatting and sipping from water bottles. I was surprised to notice that almost nobody was nursing so much as a glass of wine, a factor Ashley would later reveal was very much by design. Likewise the cannabis she had procured for this party (of adults, all of whom were over the age of 21) had not yet been touched. This too, was a part of the deliberate, if temporary, reservations placed on the guests by our facilitator, Ashley and her loving cohost, Ben.

Ashley immediately began introducing me around the room and, being Canadian, I was smug to be adding my own exotic, McKenzie-brothers-esque appeal to this little rendezvous.

Among the attendees was my good friend Janine, there representing her revolutionary company Warm and manning a little toy bar with her pioneer-product, the Warm.

Once all the guests had been accounted for the doors were locked and an expectant buzz filled the house. At length Ashley and Ben asked for everyone’s attention and directed us to gather for the opening circle, which they had set up seats and sofas for in the next room. The circle formed, slowly at first, then with mounting anticipation, situated as we were, around a prominently placed futon mattress at the room’s center. It was covered by a crisp clean sheet and offered two soft pillows for anybody who might feel up to a cuddle. Or more. And, as the night progressed, more it would indeed see.

Ashley waited until her guests were comfortable before addressing us with her signature sex-educator tone, an endearing blend of supportive love and firm empowerment. It was the perfect tone to lay out the ground rules for the night. And lay out she did—the rules, I mean.

As a survivor of trauma I’ll admit to no small amount of apprehension going into my first Play Party. PTSD is a fickle beast and can rear its ugly head for small, sometimes innocuous reasons and the last thing I wanted was to be triggered into an episode by some well meaning stranger; an event that would not only destroy my own experience of the evening but would undoubtedly darken the experiences of others. And though I have undergone extensive therapy to control my condition, the ultimate test seemed to be this: going into a situation that was so explicitly, well, explicit. But Ashley and Ben immediately shut those fears down too. With the rules and guidelines they built around us in that opening circle, our incredible hosts not only empowered the guests to lay out their own boundaries in blazing clarity, but also asserted that there would be no tolerance for breaking said boundaries. It was impressed upon us that “not everybody at a play party wants to play and that’s totally ok”. We were reassured that the event was completely private and instructed not to leak any personal information about the party or its attendees on social media. We were instructed on the proper structure of a Safer Sex Elevator Speech and given a chance to practice it on one another in platonic interactions. It was here we learned that the intoxicants had been deliberately withheld from the beginning of the gathering so that our hosts could be assured that their guests were of sound mind to hear and absorb these boundaries as well as properly suss out their own.

When it was evident that everybody had agreed to and respected these terms, Ashley’s ruby lips split into mischievous smile and she released us all to our own devices—as well as some of hers.

Throughout the evening I had the opportunity to witness my friend in an element that was so clearly her own. Over the course of the night I watched from my spot at the vape bar as Ashley shifted seamlessly from teacher, to participant, to confidant, to chaperone. She was a listener, a cheerleader, a connoisseur, a lover, and a comfort. Even when the beautiful debauchery had built in momentum, it was kept from a state of complete entropy by her drifting gentle presence as she made her way around the crowd. Nobody and no body was neglected by her.

She guided the under informed on the mindful marriage of cannabis and sex. She allowed the calming rituals of medicating with cannabis to bring those who indulged in it to that place of body-peace which only the right combination of carefully selected strains can induce. Ever the CannaSexual, Ashley and Ben had carefully curated just that.

Working together these two managed to cultivate an atmosphere of love, support, acceptance and empowerment that filled the room like a giddy haze. Every party member arrived with a somewhat nervous smile and left genuinely beaming. The evening ended, full of satisfaction, satiated desires, fantasies realized and knowledge expanded. A more healthy and lovely way to spend a Saturday night I cannot imagine. The night stands out to me like a fiery star of love in these darkened days we seem to live in."

If this experience seems like something you would like to indulge in then I encourage you to reach out to CannaSexual with your interest. In these uncertain times it can only be wise to feed your loving side heartily, and a CannaSexual Play Party is a feast for the heart."