Musings on Abundance vs. Scarcity Mentality

I used to live solidly in scarcity mentality. Romantically, sexually, and professionally. I told myself that being fat, a survivor, herpes+, and openly sexual was enough to preclude me from most people's romantic or sexual interest.

That's why all of my (previous) partners cheated on me, I rationalized. There must be something wrong with me. I'm not enough. Simultaneously, I'm too much. I'm not ____ enough (thin enough, pretty enough, financially solvent enough) but I'm also too much (too sexual, too awkward, too needy, too broken). I regularly settled for whoever would "deal with" me because I was convinced if I lost that person I would never find anyone else who could handle me. I stayed way too long with abusive partners, rationalized cheating (who could blame them? I'm clearly too much for one person to handle), and watched, defeated, as my shaky self esteem crashed and burned on a regular basis. I felt the same way professionally. It tied in strongly with impostor syndrome. Who would pay/hire ME when there were so many other people out there who were so much better? Who was I to ask colleges or organizations to pay me for my time and expertise? Could I ever expect to be able to make a career out of doing something so unconventional?

Somewhere along the line, those notions started to shift. The professional shift was actually the easier of the two. Finding the sex positive community, talking about impostor syndrome and hearing from other folks who experience it hint: it's all of us, and understanding that a hundred sex educators could teach the exact same material and attendees would still get something different from each person because we all bring our own unique style, background, and approach to teaching and relating with our students. I started passing on gigs that either didn't feel like a good fit or that I knew someone else could do better than I could--but this time it wasn't because I didn't think I was good enough. I was actively choosing which opportunities I wanted in my life and that felt good. It felt incredible to say, "actually that's not a great fit for me, but I recommend X, Y, and Z." The best part? There were always more opportunities in the pipeline. Once I let go of the concept of "oh fuck I have to say yes to everything because what if it's the last thing to come along for a while," I feel like I gave permission to do the things that felt most authentically me. That's how I shifted from talking about being a survivor as my primary topic to talking about sex and cannabis.

Romantically/sexually, it's been harder. It's challenging to let go of feelings of not enough/too much. I used to put "sex educator" in my online dating profiles because I felt like that was the only thing I had to separate me from the throngs of prospective dates. It was like dangling the sexual carrot. But it wasn't coming from a place of confidence--it was coming from a place of need. I needed people to see me. I needed people to NEED me. Only if I was needed could I hope to keep them in my life. I had to be the best girlfriend, the best lover, the best *fill in the blank* or I would be easily discarded and forgotten. It was anxiety producing. I lived in a perpetual state of fear that I would fuck up and they would leave. Or that they would see me, the real me, the flawed me that I tried so hard to keep hidden, and leave. Non monogamy has helped tremendously with that. And honestly? I've only started to develop my non-monogamy skills in the past year.

Last summer, D dated someone (at my suggestion) and all of my fear and insecurity came to a head. We fought. I cried. I broke down. I got really good at makeup because I had to hide my puffy eyes at work. They broke up. I discovered that being a Highlander (there can be only one) didn't actually improve our relationship. If anything, having a non-monogamous relationship was helping. Getting different needs met by different people (focusing on those who could best meet the needs rather than expecting one person to meet all of them) was hugely helpful for our relationship. For my part, I kicked my ethical sluthood into high gear, but this time with intention. I cultivated healthy, fulfilling sexual experiences with people who valued me. Who didn't just see me as a placeholder until something better came along. Who were utterly unphased by my herpes status. Who saw me as more than just an assortment of talented orifices. I started to see myself through their eyes. I cut way back on internet dating and I stopped responding to 95% of the messages I received (amusingly, getting the "highly selective" designation on OkCupid led to an influx of quality responses--imagine that!) My bullshit tolerance plummeted. And I started to notice that the more I said "no" to people that weren't a good fit for whatever reason, the more space I had to say "yes" to those who were. I relied more heavily on my intuition and my gut to determine who I wanted to allow into my life/heart/body. I also became less stingy with affection. I used to be so petrified that my love was too much to handle that I choked it off so that I didn't scare people away. Now I'm starting to love more freely. (Monique Darling has been a huge inspiration for this).

I had a pretty incredible trip last weekend in San Diego with my lover B. One of the big revelations I had was that everything that has happened in my life has been exactly what needed to happen to bring me to where I am now. The healing journey is not linear, but it does seem to be purposeful. Even the lows have value. I'm more confident now than I've been in my entire life. I look in the mirror and smile. I take selfies. I believe people when they compliment me. More importantly though, I am starting to see that I even when I'm not on my A game, when I'm in wrinkled clothes and wearing no makeup, when I'm feeling more like cuddling than having sex - I still have value. I am still worthy of love. I am enough.

So this was long and perhaps a little rambling. But I say all of this to say (TL;DR), in whatever ways feel safe to you, practice letting go of scarcity and embracing abundance. I've found that it has enriched my life in countless ways, and helped to create space for opportunities that I would never have imagined in my wildest dreams. Also, let go of attachment to outcomes. Two years ago when I moved to LA, my primary professional offerings (and the direction of my career in general) were very different than what they are now. If I had clung to the path I initially chose, I wouldn't have the opportunities that I have now (professionally, romantically, and sexually). And I feel like that's a good place to end. Thanks for reading this, ya'll.

For more on abundance and scarcity, listen to Episode 35 of my podcast, Carnalcopia! 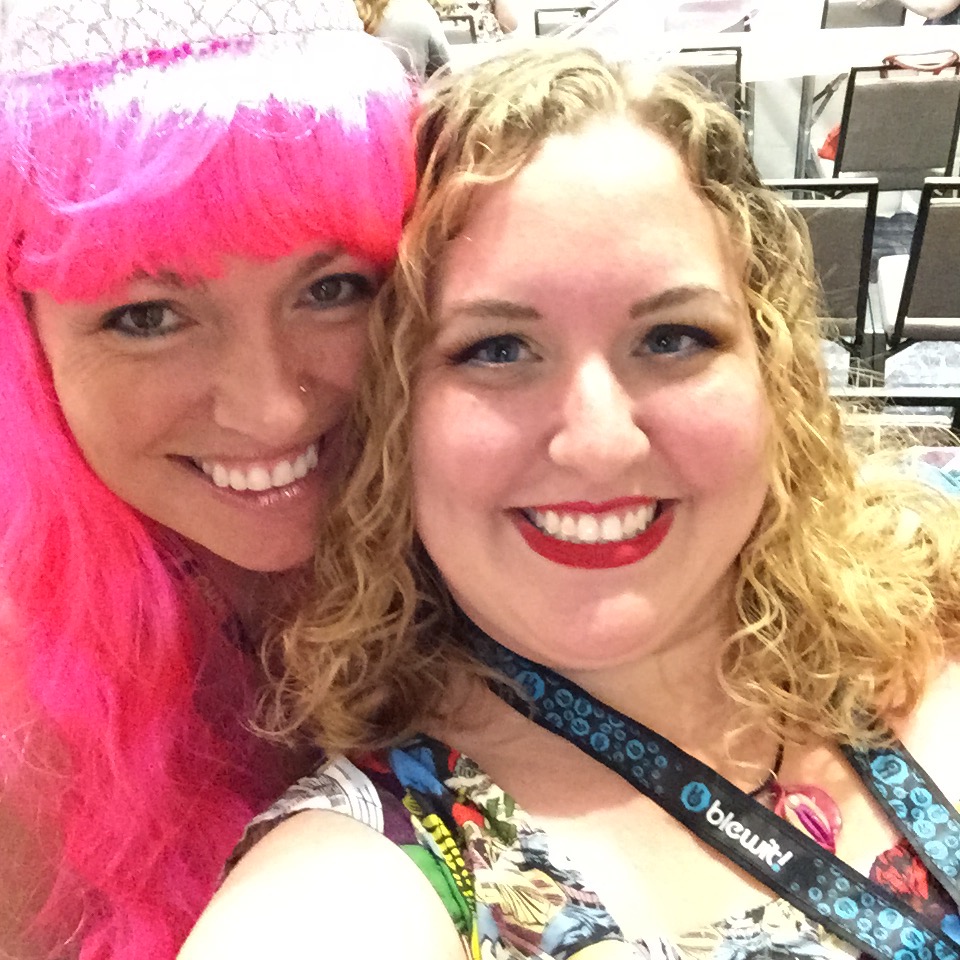 Image of Monique and I at CatalystCon West. Monique is wearing a pink wig and tiara and  I'm wearing red lipstick, a vulva pendant, and a Marvel superhero dress.