If you haven't heard, Bawdy Storytelling is the place for pervs and kinksters and other sex positive people to connect. Sometimes, that means an awesome hookup. Other times, that means meeting someone who is warm, honest, vulnerable, and incredibly brave. A few months ago, I had the pleasure of meeting Jean Franzblau, a sex positive writer and performer. She told me about her show, Coming Out Kinky, and I was instantly enthralled. The more I read about it, the more I felt myself growing giddy. This is it! This is modeling vulnerability at its finest! She recounts talking to her mom about sex, her journey to sexually empowered adulthood, and all of the twists and turns in between! I am thrilled to present my first interview ever on this blog, and I can't imagine a better person with whom to kick it off! Without further ado, I give you the brilliant Jean Franzblau.

It can be really difficult to be "out" as a kinky person in our society. What have your greatest challenges been as you've navigated the coming out process?

One challenging part is the ongoing conversations that I’m having with my family. Given that I’ve been in the press lately due to my show, my relatives have access to articles, videos and interviews where I’m sharing personal details about my sexuality. My mom and I came to realize that for some interviews, she really ought to not listen. It’s just a lot for a mom to hear.

I’ve also felt for a while that I was living a double life. I’m a corporate consultant – many of my friends are also colleagues. I had to keep asking myself, is this or that person going to be comfortable with this? The last thing I want to do is make someone feel weird; yet my mission is to reach as many people as will benefit from my sex-positive message. So on a case-by-case basis I check my gut and make choices about whom I’ll tell and whom I won’t.

This became a hell of a lot more complicated with social media. For a while, I kept everything separate - two Twitter accounts, two Facebook pages, two blogs. Once I launched the campaign to support the World Premier of my play, I knew it was time to integrate. I went on my main Facebook page and let over 700 people know what I’ve been up to. The result is that there are even more people out there supporting me and being champions for what I’m doing.

I'm a huge proponent of modeling vulnerability, which is exactly what you're doing with this show! Can you share a favorite memory of an audience member's response to the "test run" show at the Santa Monica Playhouse?

One part of my show is about how I stayed in a relationship much longer than was best for me. My body was very wise and was trying to communicate to me by manifesting a sexual problem called Vaginismus. Vaginismus made intercourse with my boyfriend really painful. It took me a long to time to accept the fact that he and I were no longer compatible – my body knew the whole time!

After the first preview show, a friend came up to me and disclosed that she suffers from the same issue. I was able to give her agood, listening ear and also refer her to a therapist I know who specializes in this issue.I felt closer to my friend, and it all started with what you said – modeling my own vulnerability.

What do you think is the key to becoming a sexually empowered individual?

The first step is to acknowledge that sexuality is a natural part of life and that sexual health deserves to be a priority.

My intention is to create a sex life for myself that makes my heart sing. In our culture, that goal is a courageous path.

Do you ever have difficult times that leave you felling less-than-empowered? How do you handle those times?

I’ve come to realize that I have a pattern of expansion and contraction. When I’ve had a day of flow and joy or reached a milestone, not long after I’ll have a down day. Rather than launch into a series of self-help interventions – which in the past I’ve felt pressured to do, I now accept that this is simply a way that I seem to experience life. I just allow myself to feel it, and it shifts naturally.

And I learned of this expansion/contraction pattern because I have an action buddy. Erin and I talk five mornings a week. We check in about our goals for the day. We give each other encouragement and feedback and have been doing this for over a year.

Erin was able to see the pattern and explain it to me. This was so valuable! I really have gotten a lot of benefit from having a daily action buddy. It makes my life richer and helps me navigate this thing called Being a Human Being.

What is something you've learned as a sexually empowered adult that you wish you could tell your teenage self?

Ashley, what a beautiful invitation – it parallels my show uncannily! Here’s what I would say:

Sweetheart, your sexuality is a beautiful and powerful part of who you are. There may be times ahead that are hard as you find your way – just know that these experiences are going to make you so strong. I’m so excited for you because you have so many adventures to look forward to. Lots of people are going to one day want to learn from you about this stuff, isn’t that cool?! I am already so proud of you. 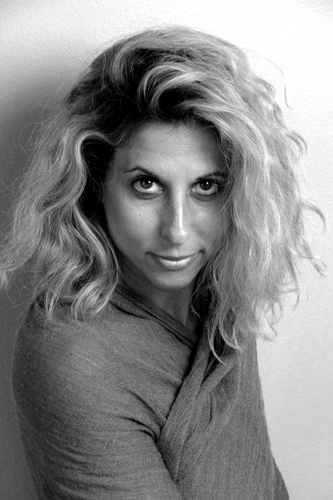 About Jean Franzblau: Jean started off as a kid performer in Hollywood, Florida. After UCLA and a summer of study at the Neighborhood Playhouse, she was cast as Libby in Neil Simon's I Ought To Be in Pictures at the Long Beach Playhouse. She also won the part of Darcy in the NBC telefilm, Her Last Chance, with Jenna Elfman and Kelly Martin. Jean debuted her YouTube film, Internet Dating, thirteen years ago and audiences still laugh. Jean is a corporate training consultant and has worked and presented in six countries. Learn more about her show (and support her by DONATING!) at KinkyJean.com.